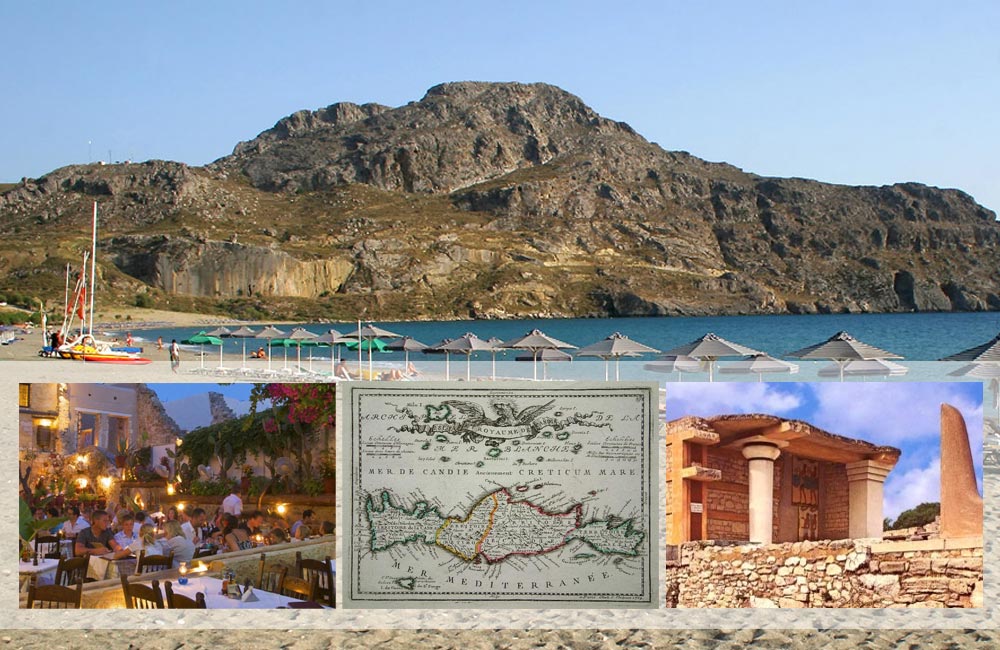 On the south-west coast of Crete, Plakias and its surroundings, including the Monastery of Preveli, are some of the most famous attractions in Greece.

Unique native palm trees (Phoenix Theophrasti) grow at Limni of Preveli, a wonderful little bay at the mouth of a deep canyon, where the Kourtaliotis river known from the antiquity as “Megas” (Great), flows to the sea.

Plakias is bounded to the north by the mount of Kouroupas (984 m), which provides many opportunities for walking trips and for horse riding. To the south is washed by the Libyan Sea.

There are several beaches but each has unique features. They are, Plakias, Damnoni, Souda, Preveli, Schinaria, Amoudi and Small Amoudi which is an informal naturists’ beach.

Windsurfing and scuba diving amongst other water sports operate during the summer at Plakias and Damnoni. There is a scuba diving school practicing at the Kakomouri headland.

From Plakias you could also visit the Samaria gorge the longest gorge in Europe, and the ancient Minoan towns of Knossos and Festos part of the first great European civilization.